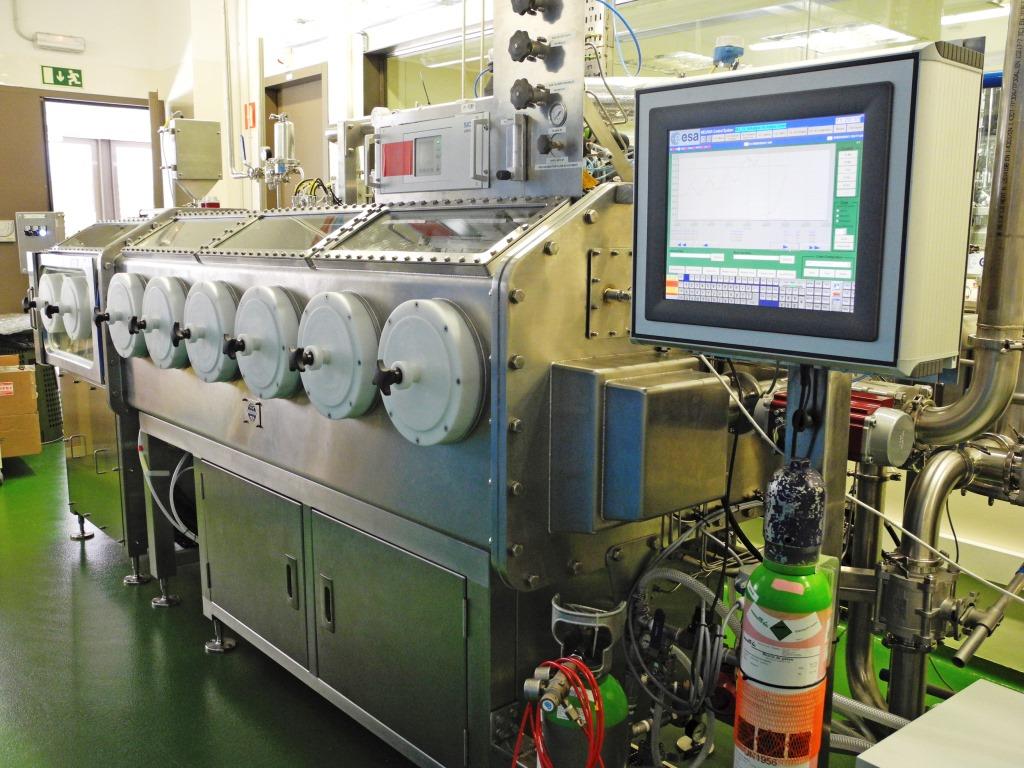 Engineers at Hosokawa have literally taken their latest glove-box developments into another dimension as a result of the company’s recent collaboration with the European Space Agency. Working closely with scientists and engineers at the Universitat Autonoma de Barcelona, Hosokawa has developed a pilot plant habitat (Pilot Plant Compartment V) in the form of a high containment glove-box and gas loop system.

The Compartment V glove-box has been designed, built and installed by Hosokawa as the final piece of the jigsaw in the MELiSSA Pilot Plant to provide a habitat for the development and demonstration of regenerative closed loop life support systems, paving the way for deep space travel. The project also offers potential solutions for today’s global challenges such as waste recycling, water provision and food production in harsh environments.

The MELiSSA project (Micro-Ecological Life Support System Alternative) depends on biological processes and understanding of how these may be affected by reduced gravity and cosmic radiation. For cost and safety reasons the MELiSSA Pilot Plant is a ground based, closed loop support system with a ‘crew’ of rats. Later developments will involve humans, in preparation for future space missions.

The experiments carried out rely on having a ‘gas tight’ environment and the entire system was designed to achieve a leak tightness of less than 0.03% volume per hour (equivalent to a pressure loss of 0.3mbar/hour).  One of the main design challenges was extending the stringent leak tightness requirement to the integrated recirculating gas loop system components whilst also satisfying the specified process performance. Key components integrated into the gas loop include:

The gas loop and Glove-box are fitted with instrumentation for monitoring and control of environmental parameters such as pressure, flow, temperature, humidity etc. As this is a closed loop system without external ventilation, the internal pressure would suffer large variations due to changes in atmospheric pressure and temperature without the innovative design of a pressurized buffer tank which can remove or add gas to the system to compensate for these variations and hence maintain a constant internal system pressure. It is important to maintain the internal pressure at a low positive pressure to minimize leakage into or out of the system and to allow easy use of the glove-ports.

The airlock transfer chamber has a dedicated HEPA filtered air re-circulation system to avoid cross contamination and the mixing of internal and external atmospheres.  The inside of the isolator and airlock is designed for easy cleaning and decontamination and is periodically disinfected using a Vaporized Hydrogen Peroxide (VHP) system.

Another key aspect of the design was to comply with strict requirements for the comfort and welfare of the animals. This includes strict control of the internal temperature, humidity and lighting (each cage has its own dedicated fan and dimmable, soft lighting) as well as removing potentially harmful contaminants from the recirculating gas flow.

‘This has been a very exciting project with which to be involved,’ said Adam Harper, Projects Manager, Hosokawa, ‘As engineers it has tested our design capability whilst highlighted the flexibility of our Glove-boxes and their uses and also given us a valuable and fascinating insight into the complexities of engineering for space exploration.’