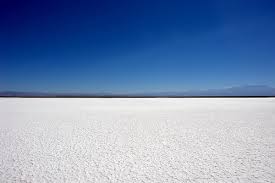 Lithium is a relatively rare element that is found in very small concentrations in many different rocks and also in brines. Very few of these sources have potential commercial value. The largest reserves of commercially available lithium salts are found in the brine deposits in dry sea beds located in a few South American countries where the US Geological Survey estimates the total reserves to be in excess of 12 million tons.