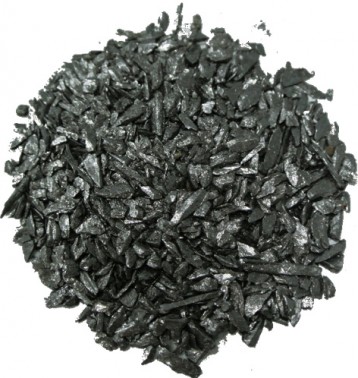 Active Materials for Secondary Batteries are first mixed with binders and/or solutions and are then applied to the aluminum foil (cathode) or copper foil (anode) of the electrical current collector. After the drying process, the materials are processed to increase bulk density and finally become electrodes. In this passage, the production process of an anode active material (materials which takes in lithium ions during charging and releases electrons during electric discharge) specifically graphite materials will be introduced. Graphite Materials can be separated into two classifications, Natural Graphite, and artificially synthesized Artificial Graphite.

For solutions of these problems, spheroidizing the particles and surface treatment can enhance electron density as well as wettability respectively. On the other hand, the large production energy that is required for the manufacturing of artificial graphite makes the material very expensive. Also, the graphitization rate is lower compared to natural graphite. However, artificial graphite has the merit of being able to control composition (such as dispersing areas with different graphitization rates within the particle) and particle shape as well as inhibiting the decomposition of electrolytic solutions due to its low graphitization rate. From these features, the utilization of artificial graphite can increase the electron density, leading to large capacity batteries. In the artificial graphite process, a high-level of powder processing technology is needed in the processing stage before and after graphitization. In order to increase performance of active materials, the process for controlling the crystallization of the particle’s surface is essential. Since graphite has extremely bad wettability with water, organic solvents must be used to produce slurries for coating onto electric current collectors. While options of substituting the liquid with water-based solvents are possible, the mixing process is difficult. Therefore, processes to increase the water wettability of graphite particles are the norm.

For artificial graphite production, a grinding process is often required to retrieve fine particles. In this case, the Rotoplex Granulator or Mikro Hammer and Screen Mill will first, coarse grind the material, then a system consisting of the Mikro ACM Air Classifying Mill and Micron Separator will reduce the particle size to an average of a few ten microns.

There are two methods to increase the packing ratio to enhance battery capacity. One method normally used for natural graphite is to spheroidize the particle by shaving off the edges and classifying the fine particles. Another method is to coat the surface of the graphite particle with soft carbon based materials such as pitch, then graphitizing the particles. When mentioning the process of spheroidizing graphite, generally this is referring to the first method.

The surface of natural graphite particles is made up of uneven bumps. A unit that removes these bumps and spheroidizes particles to increase packing ratio is known as the Faculty. The unit consists of a high-speed rotating hammer, which applies energy to the particles in the dispersing chamber and a forceful spiral current type classifier for fine particle removal. There is a discharge outlet located at the central portion of the casing wall to discharge the coarse products. The fine particles pass through the classifying rotor and are collected by a bag filter, while the coarse particles that have been continuously impacted by the hammer for a certain set time are discharged from the central outlet and collected as products. Milled graphite having packed bulk density of 0.5g/cc can be densified to 1.0g/cc by Faculty-S.

While it is possible to spheroidize artificial graphite, due to its high costs compared to natural graphite, there is a need to minimize generation of fine material. From these restraints, a process is performed in which compression and shearing forces are applied mechanically. Spheroidization of such materials is done through either solidifying ultra-fine graphite particles onto particle surfaces through shearing force generated between particles, or by plastic deformation of the particle. The Mechanofusion or Nobilta are utilized for this process. In the Mechanofusion, the raw material fed into the rotating vessel is fixated to the inner wall of the vessel by centrifugal force. The inner piece then continuously applies a strong compressing and shearing force to the particles. In the circulation type mechanofusion, there is a slit in the wall of the rotating rotor, which the materials exit through. Once the material exits to the outside of the rotor, the circulation blade forces the material to the upper portion of the rotor where it flows back into the interior of the rotor and is applied force by the inner piece once again. In the case of Nobilta, a rotor with a unique design rotates at peripheral speeds of over 30m/s in the horizontally set mixing vessel. The structure is designed to uniformly apply impact, compaction, and shearing forces to each individual particle. Both units have integrated cooling jackets, allowing them to control increases in material temperature and apply high levels of energy to heat-sensitive materials.

A coating process is utilized for enhancement of natural graphite and artificial graphite. Graphite particles that have been ground have a higher surface reactivity. To control the reactivity, materials such as pitch, other carbons, or carbon sources are coated onto the surface. This process utilizes the Mechanofusion and/or Nobilta.

Hydrophilization for application of water based solvents:

Graphite has a hydrophilic characteristic, making water unusable for producing slurries when coating onto electric current collectors. Organic solvents can be used to produce slurries but are faced with the problem of handling and collection. Therefore, often times water dispersion based SBR materials are used for hydrophilization of graphite particles. Another method for hydrophilization is changing the chemical state of the graphite’s surface. For example, by applying mechanical energy and creating a mechanochemical reaction to the graphite particle surface using the Nobilta, it can bestow hydrophilic characteristics. For certain circumstances, the hydrophilization can be increased by coating nano-particles with hydrophilic properties such as silica or titania onto the surface using these units. For analysis of hydrophilization degrees, the wettability-analyzing unit Peneto Analyzer can be used.